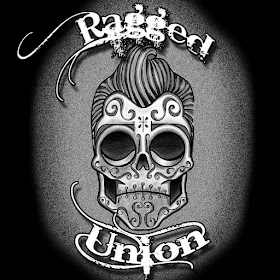 Hailing from the South West, this denim and leather clad five-piece wouldn’t look out of place on Sons of Anarchy. But it’s on the ears rather than the eyes that they make their real impact with their blend of Americana sleaze-rock with a country fringe.

With a triple threat of axe wielders, it’s a given that there would be a lot of riffs across this nine-track release, and boy,they don’t disappoint.

Whiskey and Drugs is a guitar-heavy track that ebbs and flows, while carrying a chorus that is bound to have you singing along. Following this is Saving Grace, a cover of a Tom Petty and The Heartbreakers classic.

Round and Round also has instant singalong-ability and thencomes Dead Flowers, originally released by The Rolling Stones. Vocalist Andy Milsom absolutely nails it and it's certainly as good as the original, if not better.

Then comes the surprise, slap-bang in the middle of it all. Depeche Mode’s Personal Jesus played to perfection, though admittedly sounding more like Johnny Cash’s 2002 cover than the original.
If you only listen to the intro of track 6, Lovers, you may be forgiven for thinking that this band has changed tack completely. Much more tender, until Tom Petty’s Listen To Her Heart brings us back to heavy guitars and lyrics referencing drugs.

Waiting For A Fall starts a cappella, before the guitars kick in big time, but the best is left for last with the closing track. Girl Like You has real storytelling genius, an ode to the girl of everyone’s dreams and how the guy will change himself for her.

In short, this album is an absolute corker, love songs with an undercurrent of beautiful guitar riffs, and classics covered to perfection. As Andy Milsom sings, “I hope you won’t see me in my ragged company”. But on this evidence, you will definitely want to see this lot again.

Find out more at: Raggedunion.com
Alaina Henderson at 08:14
Share